Renfrewshire Council has provided the following information about events in Renfrewshire to mark the death of The Queen and the accession of King Charles.

The provost’s statement marking the death of Her Majesty The Queen was published on the council’s social media channels and website on the evening of 8 September, shortly after the Palace announcement.

Books of condolence opened at 9:00 am on the morning of 9 September and are available for the public to sign at Renfrewshire House in Paisley, Johnstone Town Hall, Renfrew Town Hall and Tweedie Hall in Linwood, from 9 am to 5 pm, Monday to Saturday. Residents can also sign the online book of condolence on the Royal Family website.

Flags would be flown at half-mast at Renfrewshire House in Paisley, Houstoun Square in Johnstone and Renfrew Town Hall, until Saturday 10 September at 11 am, when flags would be raised to full mast to mark the Principal Proclamation of The King, which was due to take place at St James’s Palace in London.

The local Proclamation ceremony will take place at the flagpoles outside Renfrewshire House on Sunday 11 September at 12.30 pm. This is a public event, which will be led by Sean Murphy, temporary Sheriff Principal of North Strathclyde, and attended by Provost Cameron and Colonel Peter McCarthy, Lord Lieutenant of Renfrewshire. Flags will then be flown at half-mast until after the state funeral of The Queen.

Anyone who wishes to leave floral tributes can do so in the square in the cloisters of Paisley Abbey and the council’s teams will ensure floral tributes placed at other locations in Renfrewshire are cared for and collected after the funeral.

All council services are continuing to operate as normal and the council will provide information on any changes to service when arrangements for public holidays relating to the state funeral are known.

Books of condolence for the Royal Family 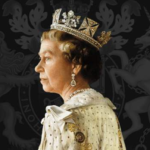 Not Far? Leave the Car campaign update
Scroll to top