The future of Ralston Sports Centre

Ralston Community Sports Centre is the last publicly-owned sports facility left in Ralston and its availability for future generations is at risk.

Recently, an application was made to transfer ownership of this well-used and well-loved public facility from Renfrewshire Leisure to Kelburne Hockey Club for its own use. The football pitches would be turned into hockey pitches. The pavilion, which currently includes a gym and dance studio, could become a licensed club house for Kelburne Hockey Club members.

I also have concerns over the parking issues that may arise around the Penilee Road entrance due to the increase of club members using the clubhouse and the loss of community green space. No provision has been made for the current local football clubs that currently use the facility with at least one stating that they would cease to exist.

As your local councillor, I have been inundated with emails, letters and phone calls from Ralston residents who are totally against the loss of this public facility. I attended a public meeting at Ralston Community Centre on Monday 4 October where it was clear the overwhelming majority were against the plans.

I will fight, on behalf of the residents of Ralston, to keep this facility for the active health and enjoyment of yourselves and your children. I am the only local councillor in this ward who has come out publicly against these plans and I would urge my fellow ward councillors to join me and our community campaign to save this facility for community use.

I would like to hear your views on the proposed loss of this facility so please do not hesitate to contact me using the information below. 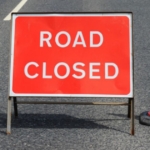